“These gentlemen,” he would say, staring with great solemnity, “had to run like rabbits, sir. I ran like a rabbit myself. Certain forms of death are—er—distasteful to a—a—er—respectable man. They would have pounded me to death, too. A crazy mob, sir, does not discriminate. Under providence we owed our preservation to my Capataz de Cargadores, as they called him in the town, a man who, when I discovered his value, sir, was just the bos’n of an Italian ship, a big Genoese ship, one of the few European ships that ever came to Sulaco with a general cargo before the building of the National Central. He left her on account of some very respectable friends he made here, his own countrymen, but also, I suppose, to better himself. Sir, I am a pretty good judge of character. I engaged him to be the foreman of our lightermen, and caretaker of our jetty. That’s all that he was. But without him Senor Ribiera would have been a dead man. This Nostromo, sir, a man absolutely above reproach, became the terror of all the thieves in the town. We were infested, infested, overrun, sir, here at that time by ladrones and matreros, thieves and murderers from the whole province. On this occasion they had been flocking into Sulaco for a week past. They had scented the end, sir. Fifty per cent. of that murdering mob were professional bandits from the Campo, sir, but there wasn’t one that hadn’t heard of Nostromo. As to the town leperos, sir, the sight of his black whiskers and white teeth was enough for them. They quailed before him, sir. That’s what the force of character will do for you.”

It could very well be said that it was Nostromo alone who saved the lives of these gentlemen. Captain Mitchell, on his part, never left them till he had seen them collapse, panting, terrified, and exasperated, but safe, on the luxuriant velvet sofas in the first-class saloon of the Minerva. To the very last he had been careful to address the ex-Dictator as “Your Excellency.” 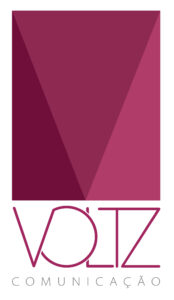